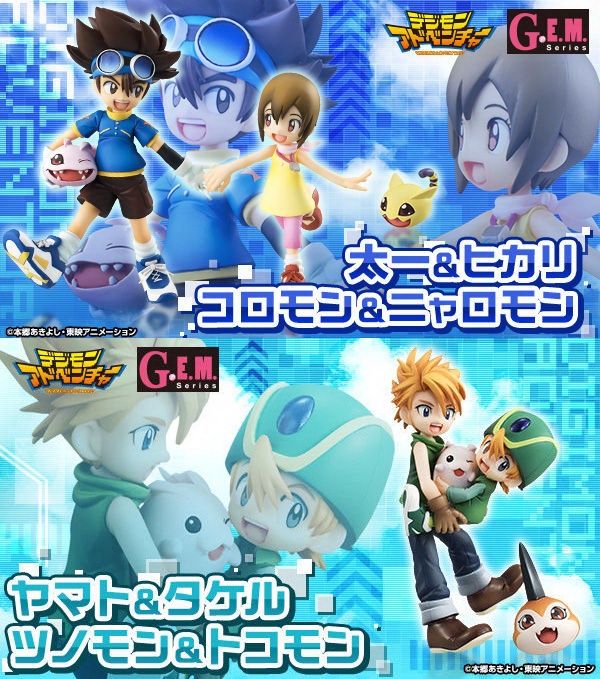 The two newest Digimon figures from Megahouse in the GEM line were first shown off a few months ago at DigiFes 2017.

You can order both Sibling figures together from the Premium Bandai store at a small discount for 15,444 yen.

We have released a number of items to celebrate the Digital Monsters 20th Anniversary Year, but the final products we are announcing this year from the series are based around the theme of “Love” – with a collection of two sets of G.E.M. series figures that show the love between siblings!

Be sure to display them together with the previously released items in the Diji Collection! and G.E.M series to bring out the atmosphere of the Digital World more than ever before!

Taichi Kamiya, Kari, Koromon & Nyaromon
This figure set featuring both Taichi Kamiya and Kari Kamiya captures the two of them holding hands with huge smiles on their faces to capture their love for one another. Both Koromon and Nyaromon are also included to display with them! A heart-warming item that fans of the series are sure to enjoy in their collection!

Yamato Ishida, Takeru Takaishi, Tsunomon and Tokomon
This figure set featuring both Yamato Ishida and Takeru Takaishi shows off the overprotective brotherly love that Yamato has for Takeru – you can just imagine Takeru asking his big brother for a hug when looking at the figure! Tsunomon and Tokomon are also included, and Tsunomon is not connected to any other parts allowing you to place him wherever you like! 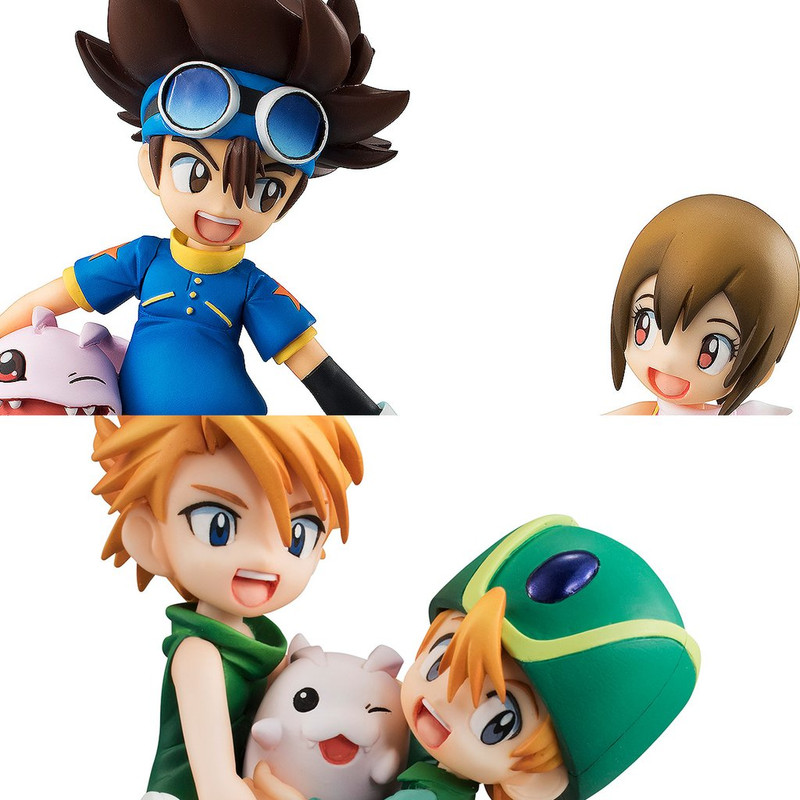 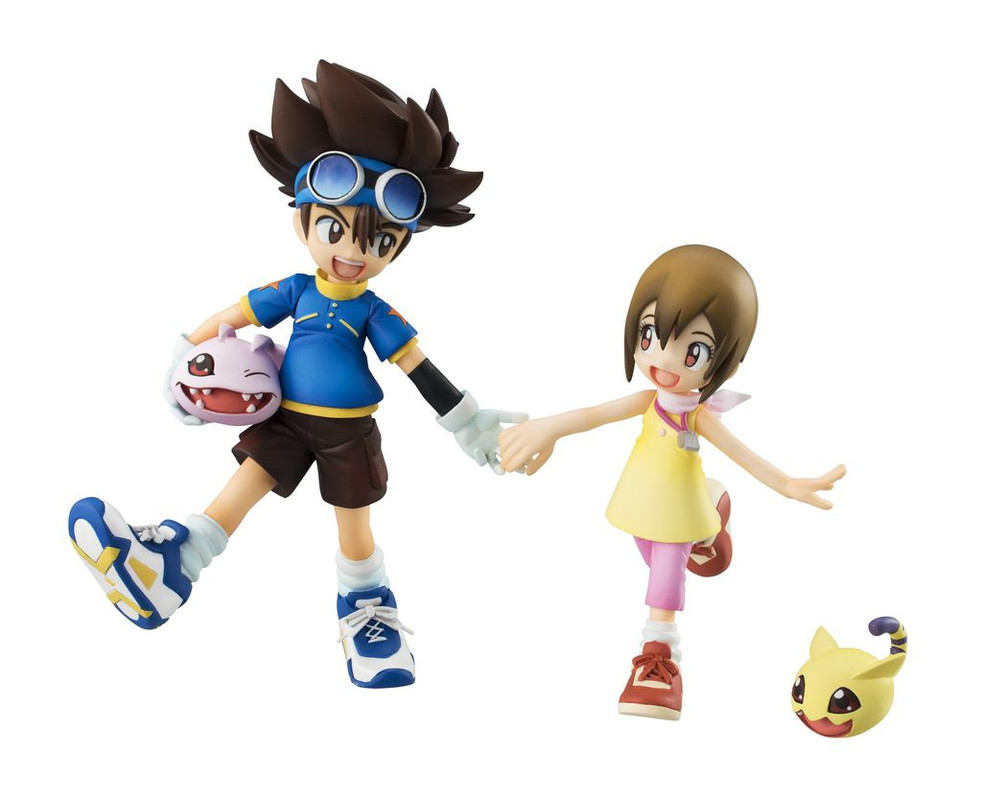 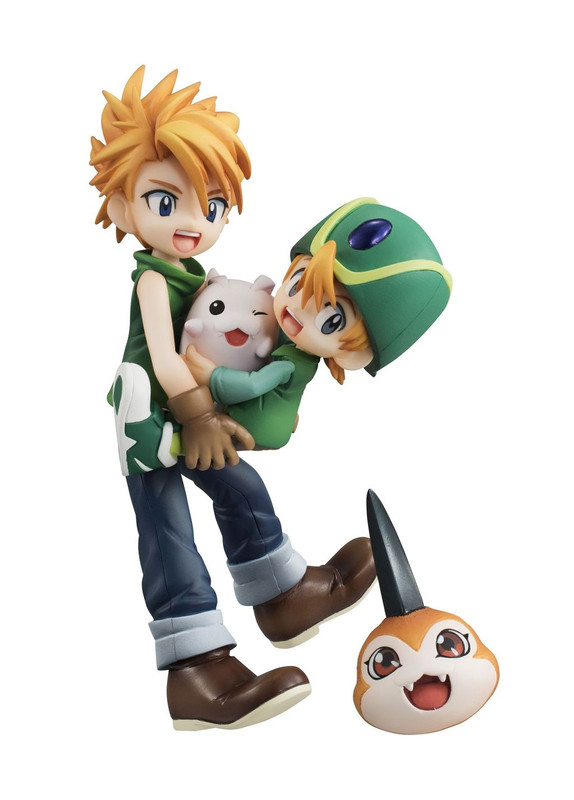 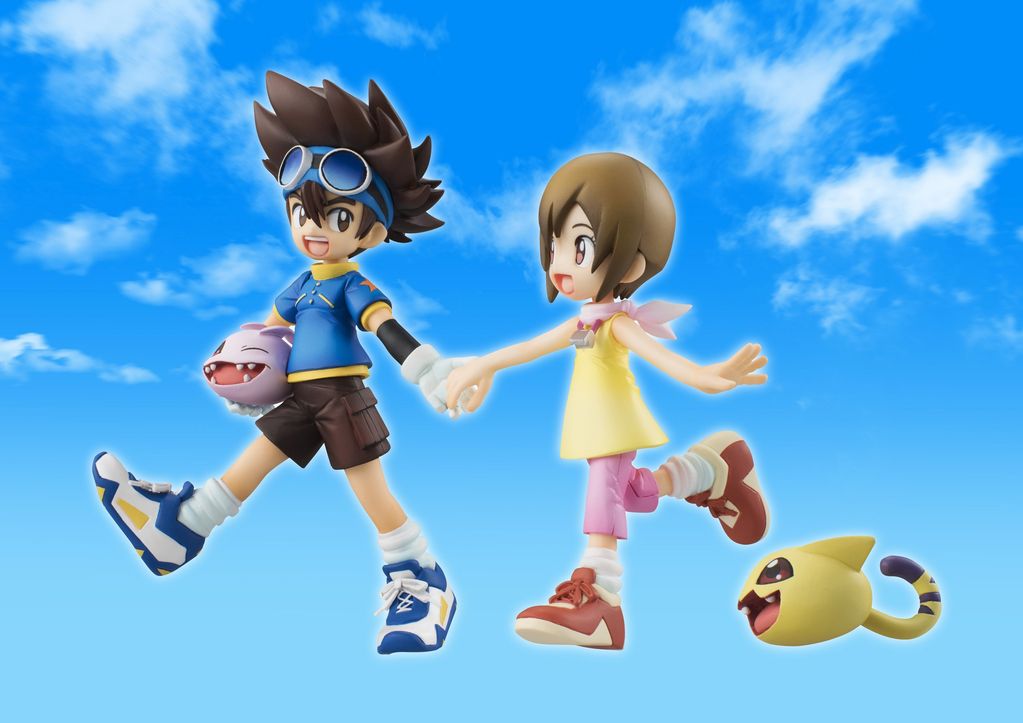 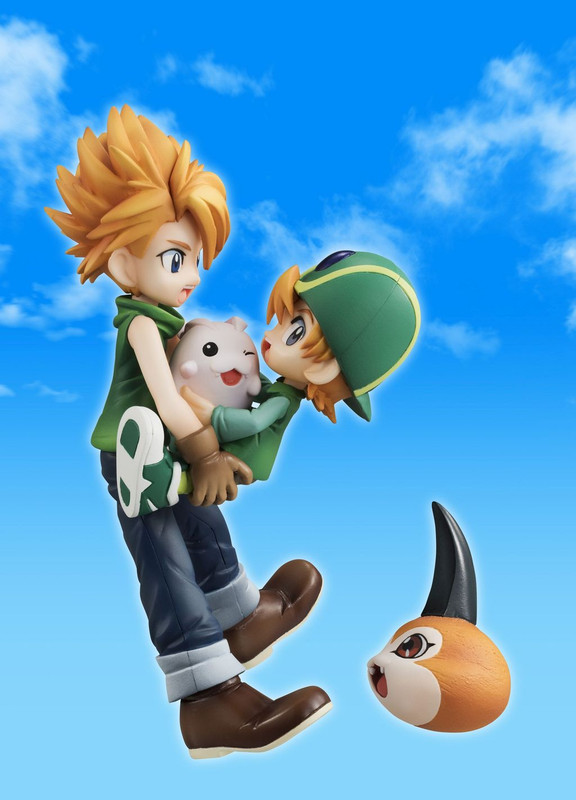 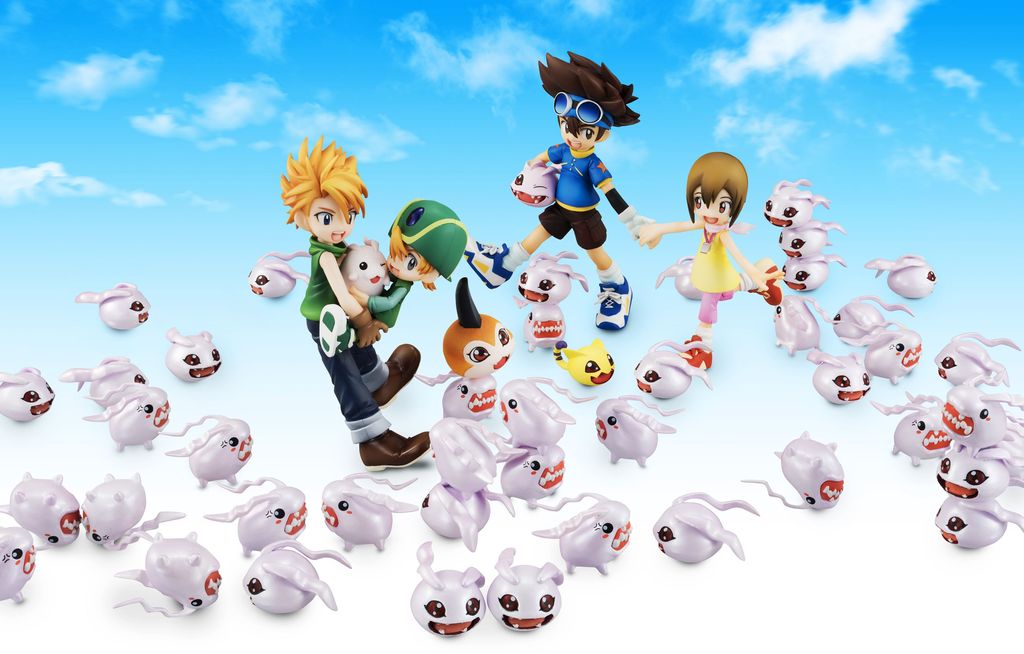 Digimon Is Bringing New Digivice For Its 15th Anniversary